Last week we had two massive wind storms turned flash floods. Tree branches broke. Our basketball hoop bent at the base and fell over. On the second night an entire nectarine tree, one M planted over ten years ago, fell over; with S and C's help, he got it tipped back up and secured with stakes. Each day, after the storms wore themselves out, you could hear, as M put it, the symphony of the chainsaws in our neighborhood.

After a few days off, and a few near misses by other storms, we got hit again. Right after getting progressively wetter while finishing evening animal stuff, C asked me if it was a flash flood. I said, well it's not flooding yet. Less than 5 minutes later I stuck my head out to yell at him that now it was a flash flood; deep puddles were already forming everywhere. We lost power, twice, about two hours each time. As it turned out, we still had candles handy from last week's storms.

Besides the flash floods, we had two days of just steady rain.

Today I had a challenging time finding a spot for the ferrier to work, since the normal horse pens were nothing but mud. The ferrier just laughed and said this didn't count as muddy to him; where he's from it doesn't rain 6 inches in two weeks, it rains six inches a day.

We celebrated Independence Day with barbecue, fireworks, and family. M grilled burgers and hotdogs, our neighbors were in great form with illegal fireworks while we used smaller ones in the yard, and H came by after work to join us in the celebration. 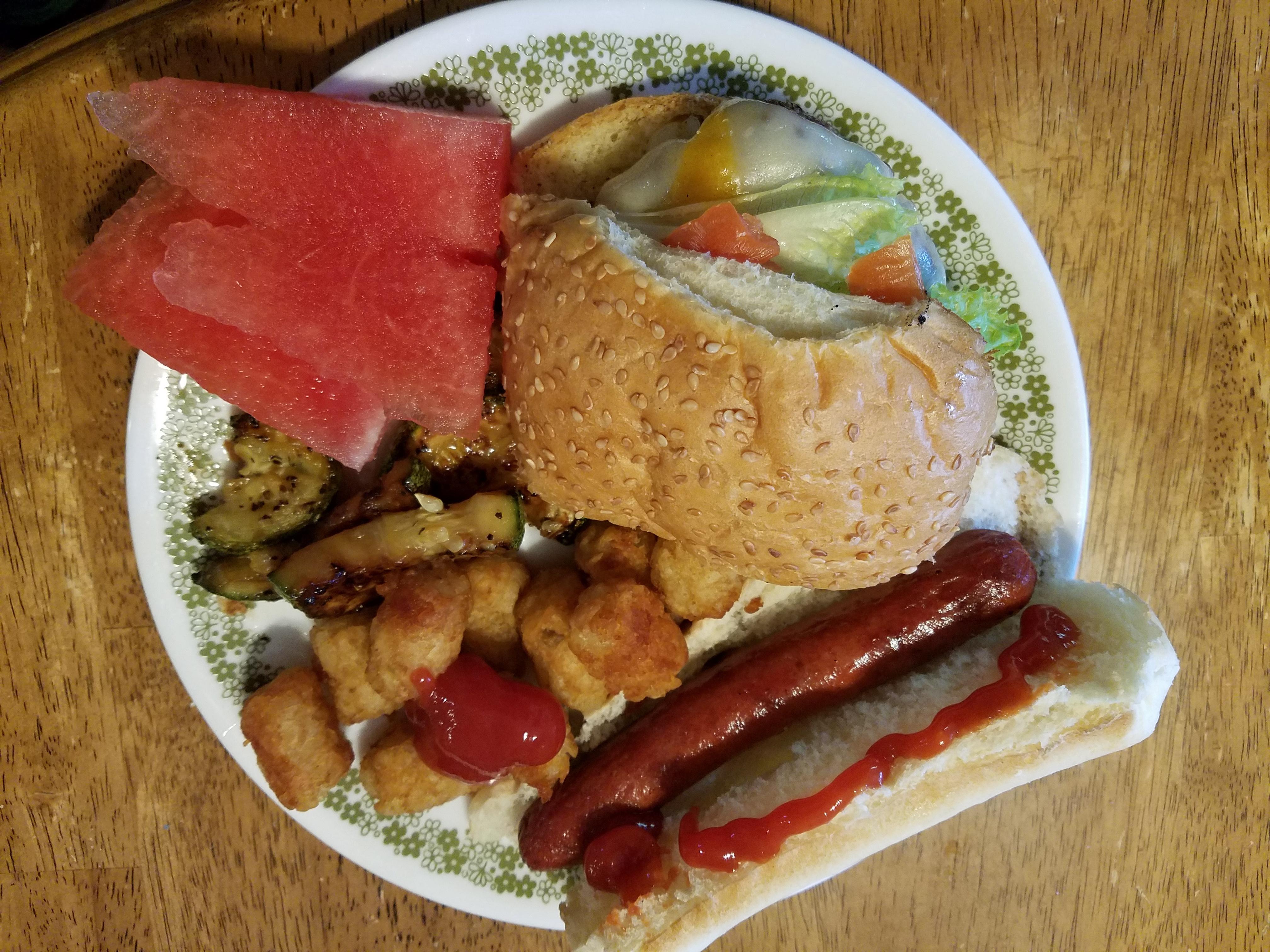 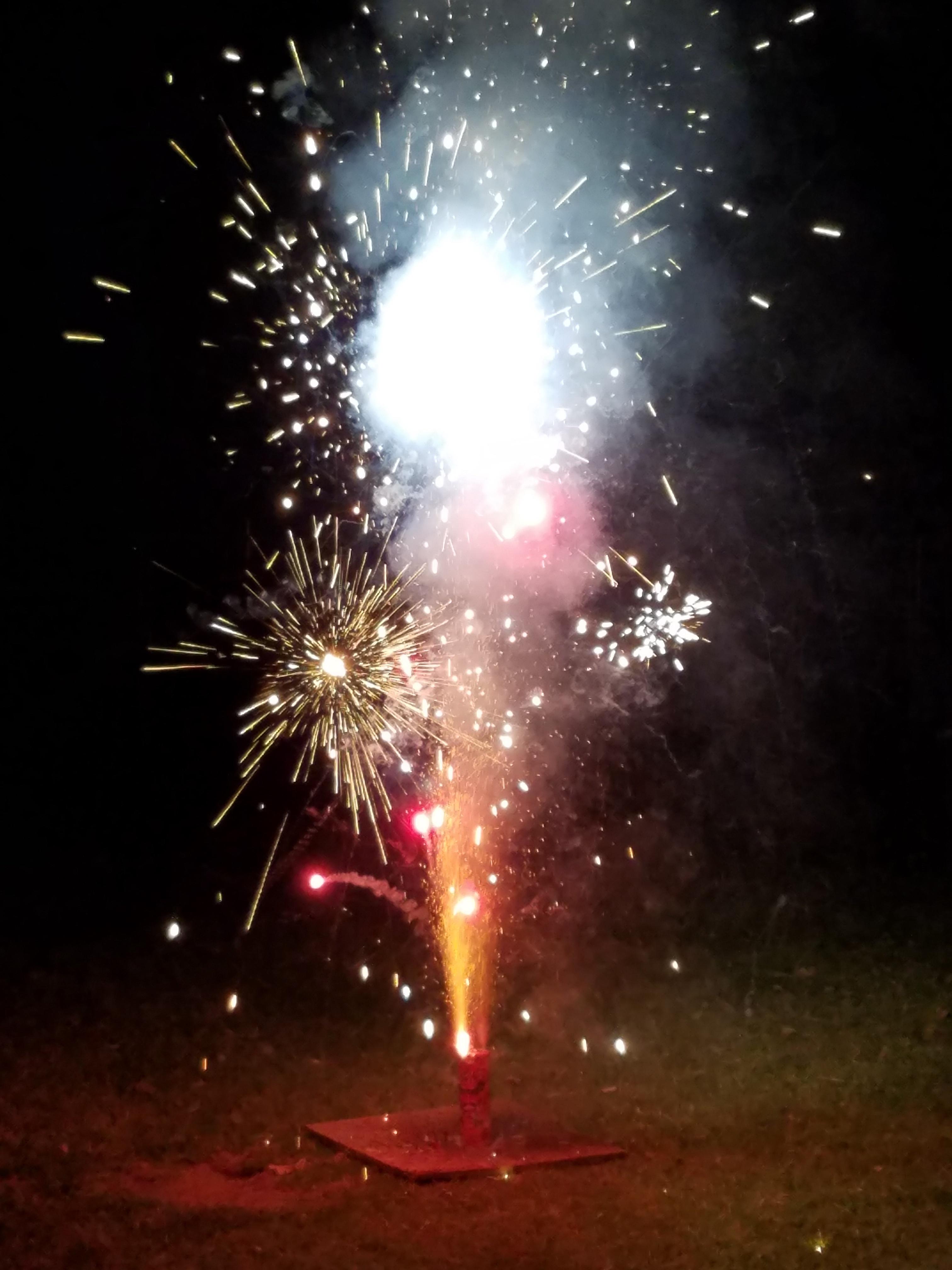 Three weeks ago, at the suggestion of one of the mothers, we tried a new park for the teen park/gaming day. This one has a splash pad and lots of fun, recently updated, playground equipment. Since it's consistently triple digits this time a year, the unanimous consensus was this park would be the new location for at least the summer.

Other than it being about 10 minutes further from home and having a skeezier vibe than our other park, meeting here causes me no problems. Of course that's assuming anyone else actually shows up.

I do not understand the mentality of someone who will express enthusiastic buy in to an idea, then just flake. The only reason we had another family at the park last week is some friends on summer break from regular school showed up. Anyone officially in our homeschool group has been nowhere to be seen. Even after C got confirmation through his discord group that a goodly number of them planned to attend, no one actually did.

At least with the water my kids are independently having a decent time just hanging out with each other.

I've read somewhere that the average homeowner doesn't stay in the home longer than five years. Funny thing averages. We've been here 11 years. Our three closest neighbors were here before we moved in and until last Friday they were all still here.

Unfortunately, for us, our favorite ones moved to be closer to the grandbaby. We had both a love of fruit trees and birds in common with one member of the couple. As it turns out, he had three Araucanas left of what had once been a very expansive flock. Since he couldn't find anyone else to take them, I now have three new Araucanas. Due to one of them being a rooster, I've set them up in Mocha and Peanut's yard, away from our other flock of chickens. They seem to have settled in well, and I finally have a use for the elevated nesting boxes a different neighborhood gave us over a year ago after she decided to be done raising guineas. Well, once I flipped it upside down. 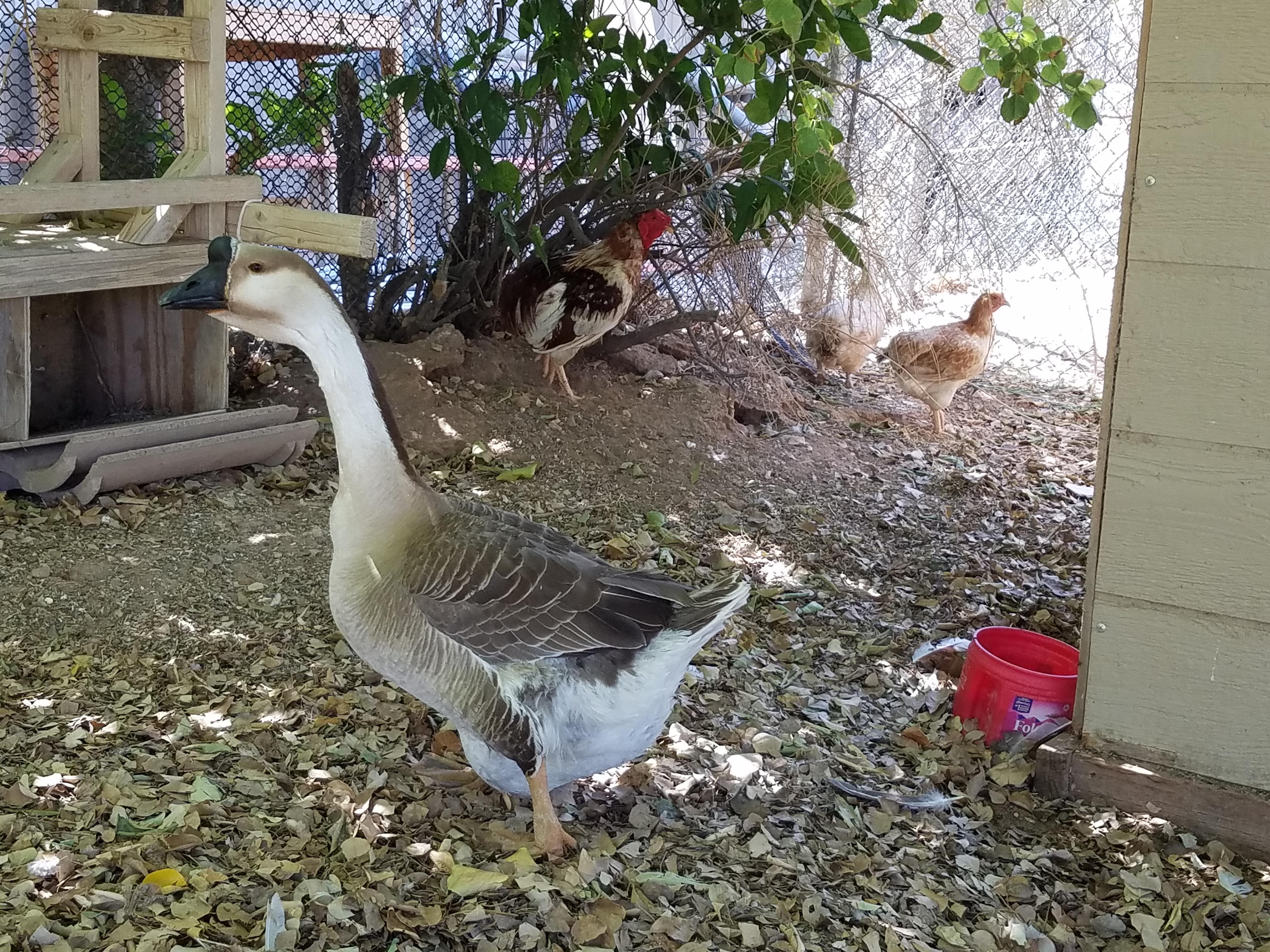 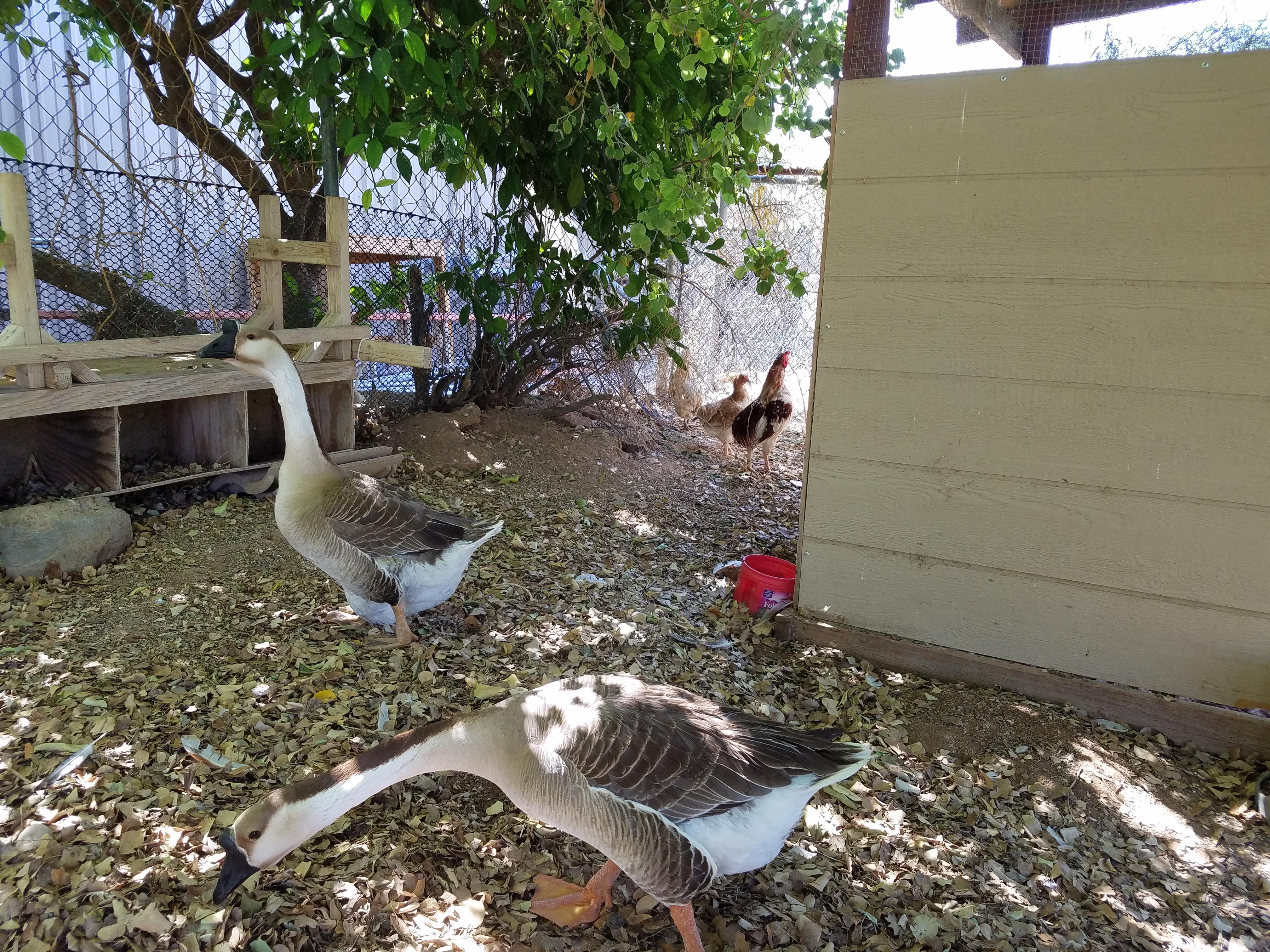 Mocha and Peanut insisted on photo bombing my pictures of the new birds.

Whoops, fell off the wagon, thought I could handle it. Reading Facebook for the past few weeks did bad things to my mental outlook. I've stopped again, even moved the app to the last page of my phone. I can't delete it till C graduates, but until then I need to keep my interactions to teen groups only. It's better this way.

I think I have a new Memorial Day tradition:

He says he does one every year.

My pain has been more manageable for the past few days. Hopefully this is a consistent positive upwards trend (*knock on wood*).

Yesterday was Gaming/Park day, and H spent the day with us, per usual. Unfortunately this meant I overdid it.

Today is my hopefully not vain attempt to rest/heatpad my way to maintaining semi-mobility without having to resort to taking painkillers.

So far, so good (*more knocking on wood* - good thing so many things in my house made of wood). 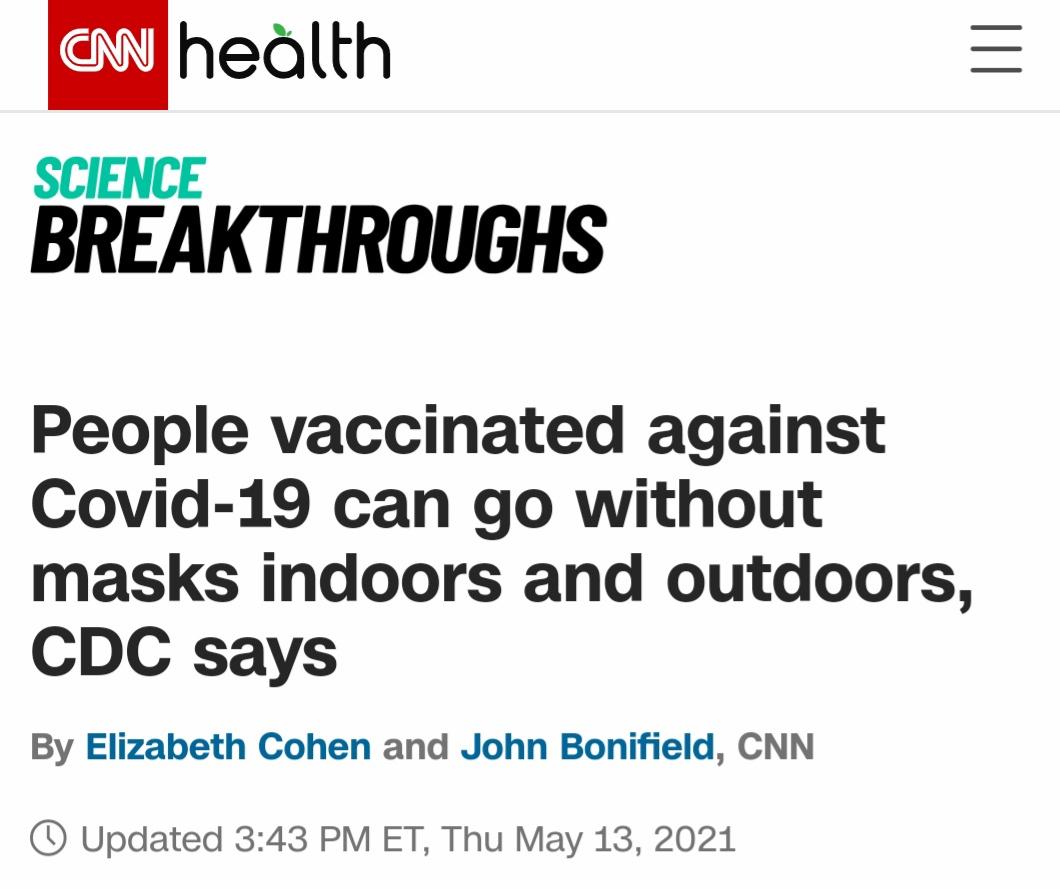 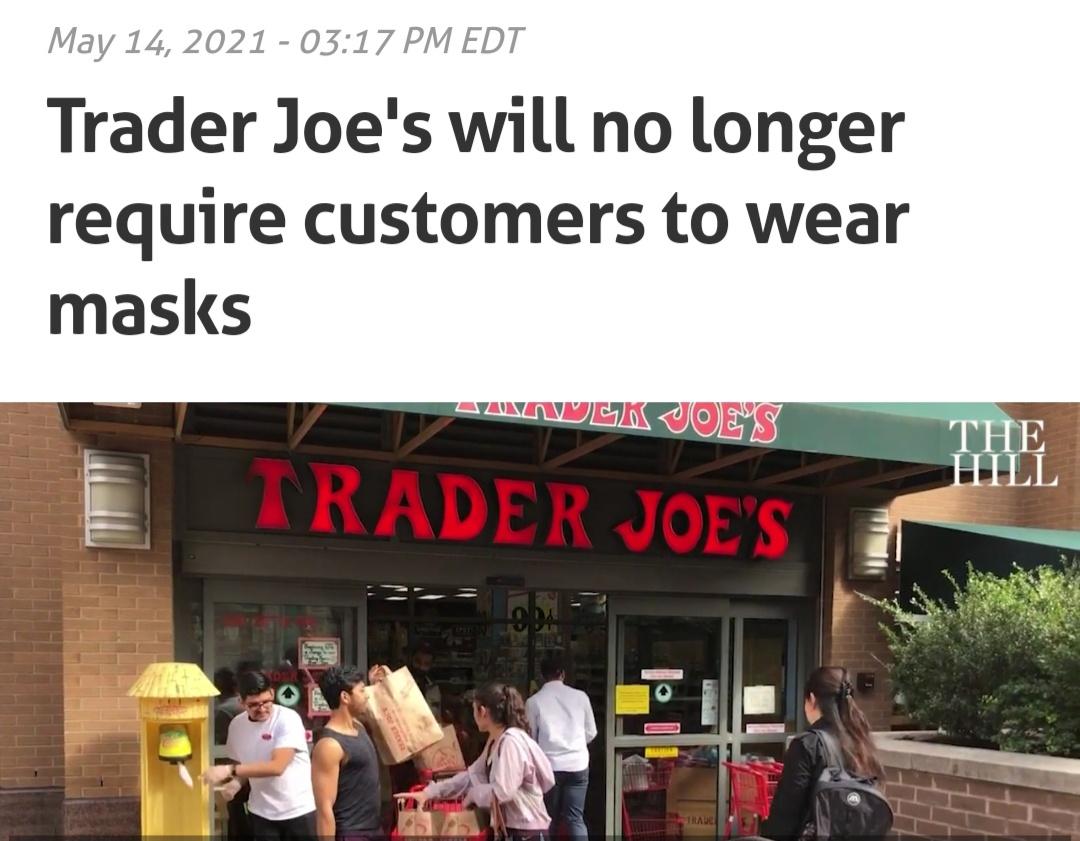 Given both of these recent developments, I've decided it is impossible but to conclude that 90% of the customers at the Trader Joe's during my shopping trip today are unvaccinated. Funny, I always figured the Trader Joe's type to be way more pro Vax than that.

Going forward, I will veiw all masked people (besides the over 75 set, I figure they can be as over cautious as their little old hearts desire) through this lens.

ETA: The Babylon Bee may have come up with an even better explanation for my experience today: all the masked TJ shoppers were Libertarians. 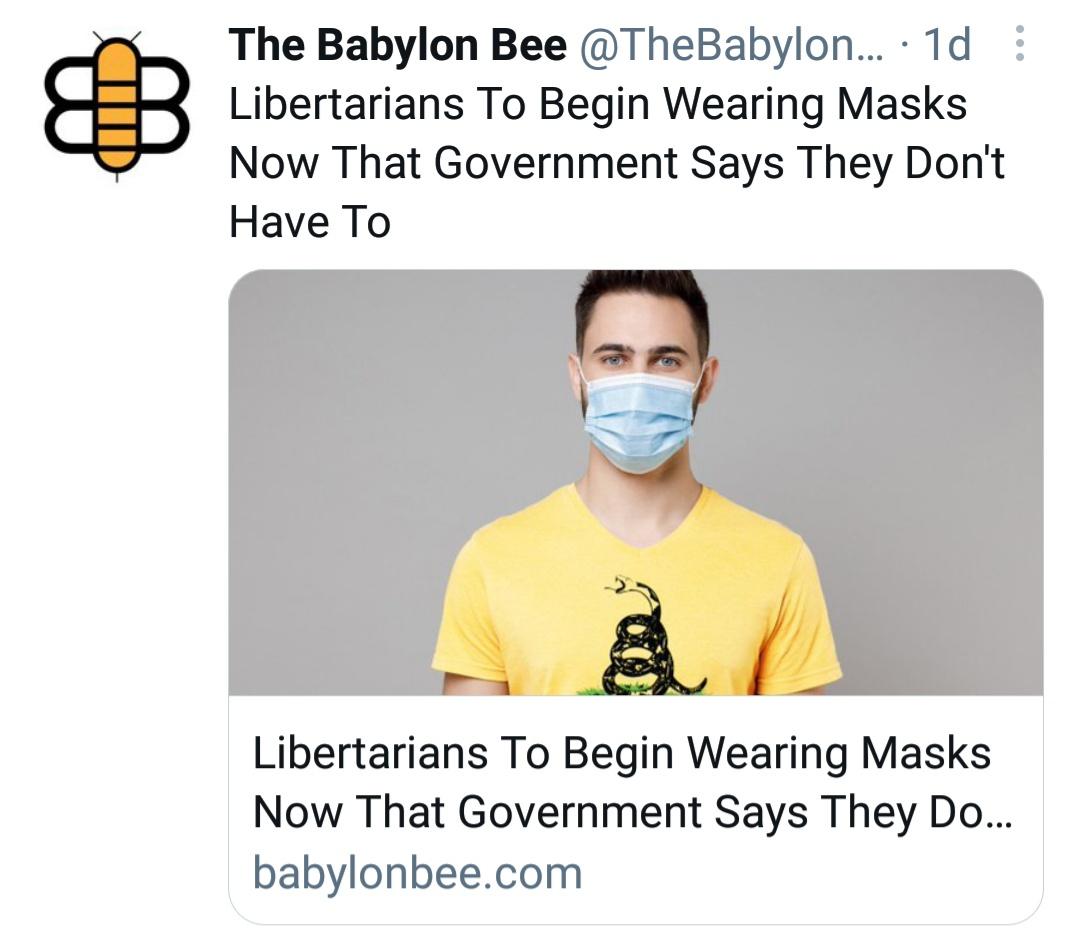 Hot enough here I feel like I got enough vitamin D, from my short walk with the boy, to last me a week.

Yesterday C and I went on two 1/2 mile walks. That's the most I've walked in one day in over a month.

Today we went on a 1/2 mile walk and then later a full 1 mile walk.

I am unsure if this is more a reflection of physical improvement on my part or of sheer stubbornness born of being sick and tired of being in pain.
Collapse